How to install a motherboard and CPU

byadmin 14 Jan inHardware No comments yet 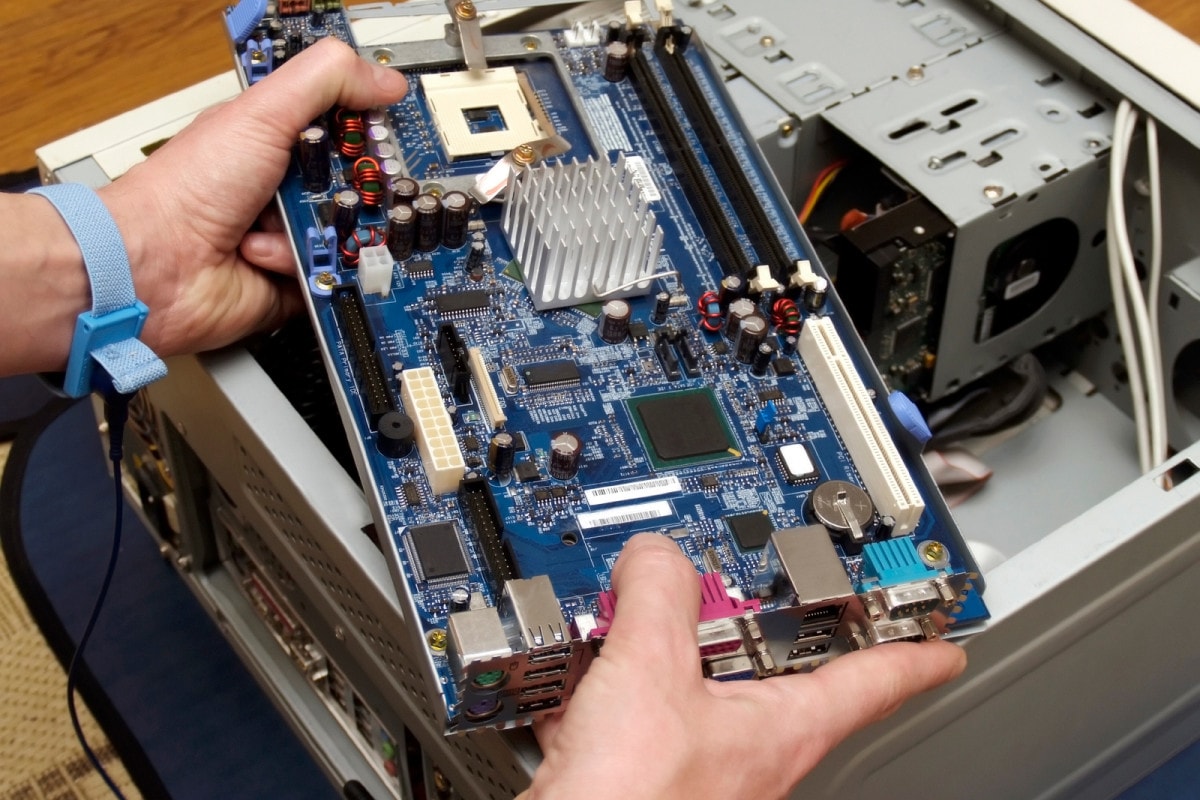 The motherboard is the backbone of your entire PC, connected to every other component, so it’s vital that you get things right now to avoid trouble further down the line.

If you want the process to go smoothly, there are a few things you can do before ever unpacking the motherboard.

First, prepare your workspace – This means cleaning your workspace to ensure that it is free of any dust or debris. Exposed mechanical components are sensitive to particles in the environment. Of course, it’s probably obvious to move any liquids or clutter, but a dust-free environment is optimal.

Next, gather your tools – Another likely obvious tip for seasoned individuals, gather and organize the tools you’ll need. A Phillips Head screwdriver, tweezers, and even small zip ties are things you don’t want to look for while holding the motherboard in place.

Now, consider safety – We aren’t talking about your safety (of course it’s a good idea to make sure your power supply isn’t connected to anything to avoid an electrical shock). We’re talking about your motherboard’s safety. Again, some seasoned users say they’ve never used ESD bands or mats and have never had an issue. However, some of us feel it’s better to be safe than sorry. Using rubber gloves (no powder) prevents any oils from your hand damaging the components while an ESD band or mat will prevent static electricity damage.

Open your motherboard’s box. You’ll see lots of cables, a driver CD, a metal blanking plate with holes cut out and a manual. Take these components out and put them to one side, as you’ll need them later on.

If you need to remove any parts of the blanking plate, you should do that now. You’ll have two options for doing this. First, you may have to remove a bit of metal, in a similar way to the metal blanking plates on your case. These should be rocked gently out until the metal snaps.

Second, some ports may be covered by a flap. In this case, the flap should be bent inwards (towards where the motherboard will be). Make sure that you bend it far enough for the motherboard’s port to be given enough clearance to pass underneath.

From the inside of the case, you need to take the blanking plate and push it into the gap at the rear of the case. Remember to align it so that it’s the same way up as when you measured it against your motherboard.

The ridge around the outside of the plate should clip into the hole. Be warned that this can be really fiddly and the blanking plates don’t always fit perfectly. It should, however, clip into place and remain stable without any support.

5. Measure where the motherboard goes

You need to fit risers where you noted the screw holes. These will be included with the case and look like tall copper screws. Their job is to hold the motherboard off the bottom of the case, so it isn’t shorted out when its contacts touch the metal. The risers simply screw into the pre-drilled holes in the case. Use as many risers as there are screw holes in the motherboard, making sure that you screw them tightly into position with your fingers.

7. Slide the motherboard into place

8. Screw the motherboard down

With the motherboard in place, you can start to screw it in. Start with the corners, holding the motherboard firmly, so that its screw holes line up with the risers that you put in. When screwing the screws in, don’t use too much pressure as you don’t want to break the motherboard. Ideally, you want the screws tight enough for the board to be secure, but not so tight that it feels as though the board is going to start cracking.

Once you’ve done the corners, you can put screws in the other holes. How many you put in is up to you, but you shouldn’t need to do all of them to make the motherboard secure. Keep going until the motherboard is firmly in place.

10. Plug in the ATX connector

The ATX connector will only plug in one way, so you can’t get it wrong. Once it’s lined up, the connector should plug in smoothly. There’s a clip on it to hold it in place. This will require gentle pressure to get it to clip in, but no more. If you’re having to force the cable, then the chances are that you’ve got the connector the wrong way round. Once the cable is in place, give it a gentle tug to make sure that it’s secure.

Modern motherboards also have a secondary power connector. On most boards, this is a single four-pin connector, but some require eight-pin connectors. Check to see what your power supply has, as you may need to buy an adaptor.

Locate the secondary motherboard power connector. Your board’s manual will tell you exactly where it’s located, but on most motherboards, it’s near the processor socket. Next, plug the power supply’s secondary connector into it. This plug will only go in one way, so there’s no chance of getting it wrong.

The connector should slide gently into the plug. You’ll need to apply a bit of force in order to get the clip to lock into place, and you should hear it click when it’s in properly.